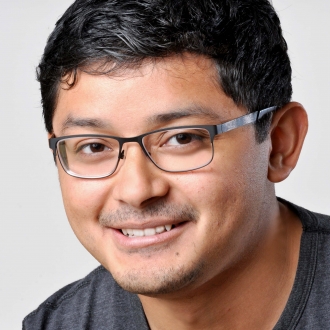 I transferred in fall 2014 from Fullerton College as a physics major. I chose to major in physics because I wanted to understand how the universe is governed at the most fundamental level, and I feel I’ve now accomplished that. My time at Berkeley, though undeniably challenging, has also been the most rewarding experience of my life. Ideally I would like to continue towards an advanced degree in physics (my research interests are in experimental plasma and particle physics), but even if that doesn’t happen I’ll have no regrets about my decision to pursue a BA in physics.

The NERDS center has served as a constant pillar of support during my time at Cal. Whenever I find myself struggling, be it in classes or elsewhere, I know that I can always walk into Stephens Hall to find a study group, tutors, or just somebody to talk to. The camaraderie among the entire NERDS community is a very unique perk of being part of the program.

I am currently doing research with Professor Joel Fajans in the physics department, where we work to trap, manipulate, and diagnose cold electron plasmas. The title of my current project is “Use of a silicon photomultiplier for improved electron plasma diagnostics”. I worked on the implementation of a new kind of photomultiplier into the experiment, which can be used to obtain a more accurate temperature diagnostic for the electron plasmas. I am now working on implementing this same technology into ALPHA, an antihydrogen trapping experiment at CERN in Geneva, Switzerland. Over the 2015 summer, I was fully funded by NERDS (UC LEADS and CAMP) to travel to CERN for my first ever research experience, where I worked on various projects to improve the ALPHA-2 trapping apparatus. I was funded for summer 2016 to return to CERN to continue my research.

“I can't overstate the massive role that the Cal NERDS program has played in my progress through Berkeley. Without NERDS, I'm not sure that I would have ever found a research lab willing to take me on, or been given the opportunity to travel to conferences full of hundreds of fellow students to present my research. The research I've been a part of as a result of UC LEADS and CAMP (two of the NERDS programs) has also served to further motivate me in my classes, as I now understand how the concepts I'm learning can be applied in an experimental setting. ”