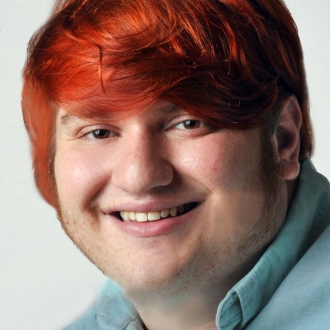 I am from the Midwest, born and raised in South Bend, Indiana. I grew up playing soccer for about 12 years. I started learning to play the guitar in the 6th grade and began writing music in high school and eventually performing with a few of my friends in our band. In the winter I like to snowboard and am part of the Cal Ski and Snowboard Team. While at Cal, I have been actively involved in the Society of Physics Students as its webmaster for over two years and just generally involved in its activities. In addition I was very active in the Space Exploration Society and participated in several high altitude balloon launches as a member. I am particularly interested in stellar astrophysics and hope to further study it in graduate school. I would eventually want to become a professional astronomer. It would be cool to work at a planetarium where I could interact more with the general public and especially children to teach them about the universe.

I am doing research with Gibor Basri in the Astronomy department as well as with Andreas Schmid at Lawrence Berkeley Lab in the Spin Polarized Low Energy Electron Microscopy (SPLEEM) Lab. With Professor Basri, I am investigating stellar variability and the ways that we model star spots. With the SPLEEM group, I am working closely with a postdoc on a variety of projects, primarily performing data analysis. Our team has begun working on a publication we are working on which quantifies the magnitude and orientation of the anti-symmetric exchange interaction for two crystal symmetries. In high school, I participated in a research course that paired me with professor S. Alex Kandel at the University of Notre Dame and I worked with his group for two school years and three summers. I used scanning tunneling microscopes to investigate the effects of laser and resistive heating on molecules on gold surfaces. I also helped repair these microscopes and prepared samples.

“CalNERDS is very much like a family. It's a strong support system where each NERD can go in times of turmoil and trouble. Everyone is so thoughtful and caring and it really is a breath of fresh air from the other sort of interactions we often have in our larger classes here at Cal because Di really cares so much and is super helpful. Without it, a lot of the NERDS would be strained for money and wouldn't be able to partake in research that doesn't pay and would be put at a disadvantage compared to some of their more affluent classmates who can afford to do unpaid research.”