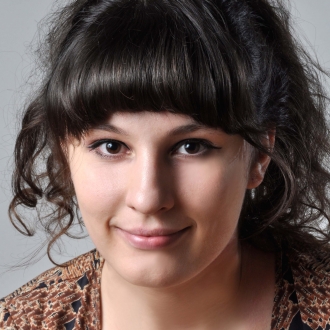 I am currently a senior physics student at UC Berkeley. I was originally from Russia, a town called Barnaul in Siberia. When I was 11-years old my family relocated to California and so here I am. As a physics student I have been very involved with the physics department, having served on the officer board of the UC Berkeley Society of Physics Students for three years, holding the position of president for the last year. I also serve on various committees in the physics department as an undergraduate member, including the Physics Chair’s Taskforce on Equity ,Inclusion and Harassment, the Service Course Committee, and the Major Course Committee (the latter two are in charge of reforming the physics curriculum). I stay involved in science outreach to the community, having volunteered at the Bay Area Science Festival and at the Expanding Your Horizons science conference for middle school-aged girls, among others. The upcoming year I will be applying to PhD programs in physics.

“NERDS has given me an amazing and diverse community to be a part of, in which I got to meet many peers who share my goals and passions, but also share some of my struggles. It was difficult for me to feel welcomed by the STEM community as an immigrant who went through a lot of financial struggles and has to work part-time jobs to get through college. Meeting the many students in Cal NERDS who face similar struggles encouraged me to stay on track and pursue my goals in physics.
”